Being An American Artist in lock down in Shanghai during the Corona Virus outbreak of January/February 2020, everyone I knew was away for the Chinese New Year. As dark clouds of fear and anxiety closed in, cities as large as ten and twenty million people were being locked down. All flights out were cancelled, and no-one knew exactly what the virus was, where it was, or how it was being transmitted. To make the nightmare even  more Sci fi, you could even be a carrier yourself without knowing you have it, so you couldn’t even trust yourself.

It is the greatest divid ever invented. Was it Gods way of making individuals face themselves, or was it a man made weapon exploding on the unsuspecting world as had never happened in modern times. So many questions, and no answers.

The fact that it was not going away anytime soon became more clear as the days and weeks passed, and the only option for a light at the end of the tunnel was to realize a way to create income from the internet. Actually the internet would become the only form of being in touch with the world or anyone for the forseeable future as far as that goes.

Jumping over some weeks of confusion, I started to look through my old Dat tapes to see which songs I had copies of and which might be in shape to release considering everybody on the planet was now playing live from their own bedrooms and the quality  bar has been lowered considerably.

I started listening to songs I had written in the seventies, eighties, and nineties. And as I did I realized I was flashing back to the time, memories, feelings, and totally experiencing my life in the days when I was writing and producing those songs.  It was more than a memory, but living it in real time. Is this what they call a lucid dream, or a parallel universe?

I found some black and white Polaroid side film, with images of myself in NYC, from 1994. While digitizing and working on them in Photoshop the movie of how this all fits together started to reveal itself. Another creative process I was not expecting sprang to life.

The album lays out like a weekly TV Show. Each song an installment, all fitting together connected in a story line, and activated by the touch, sight, or smell of an object from those times.

Next I needed to deal with the differences of styles that I went through as the years past. I was never a set style personality like a Paul Mccartney who kept the same style, song after song only changing with recording technology. I may be more comparable to a David Bowie. Not because of my style of music, but my style of change.

Next, how to explain the struggle between the light and dark side. There was the politics and anger expressed through rock and roll, and then the years of meditation, twelve step programs, art and fashion, as a way not only to continue living, but to continue living in my creative mind. Not to become a living robot mindlessly repeating my actions day after day. But to create new and unknown ways to get through life. This took a massive amount of faith.

I have to say much of my time was wasted just waiting for death to take me. Noticing day after day my old friends leaving this world, and that point leaves me with less and less bread crumbs to find my way back to my old self. Life is a journey of connected dots, but mine has gone so far from the roots, and who are we without witnesses?

I sense a thin sheet of mildew is spreading around the earth in the form of lies. An alternate reality has over shadowed what was once a clear understanding. As reality is becoming unglued, no one can figure out what is truth anymore, and reality dealers are now overtly rewriting history, I fear I will soon be washed into oblivion. These days may be my last chance to tell the story of my life, or it will forever be washed into the infinite sea of all time. This is a whole subject worthy of volumes, but lets just get the songs out as best we can for now. Let this  be a celebration of an artist creating not for the mainstream world, but as an observer, a Watcher. Let us compare observations.

2020 were well underway in the late 70’s, but no one wanted to consider where the path was going. Today half the world is still not realizing it. By the early 80s' I accepted the fact that I was no match against the forces ruling this world, so I reserve a small bit of life for myself, as an observer. This was my experience.

Please have a listen and add to your playlist if possible.
Thank you,

Living in The Rhythm Of Your Love
https://open.spotify.com/track/7geF8iRkCBOI5lqBKXEZ0G 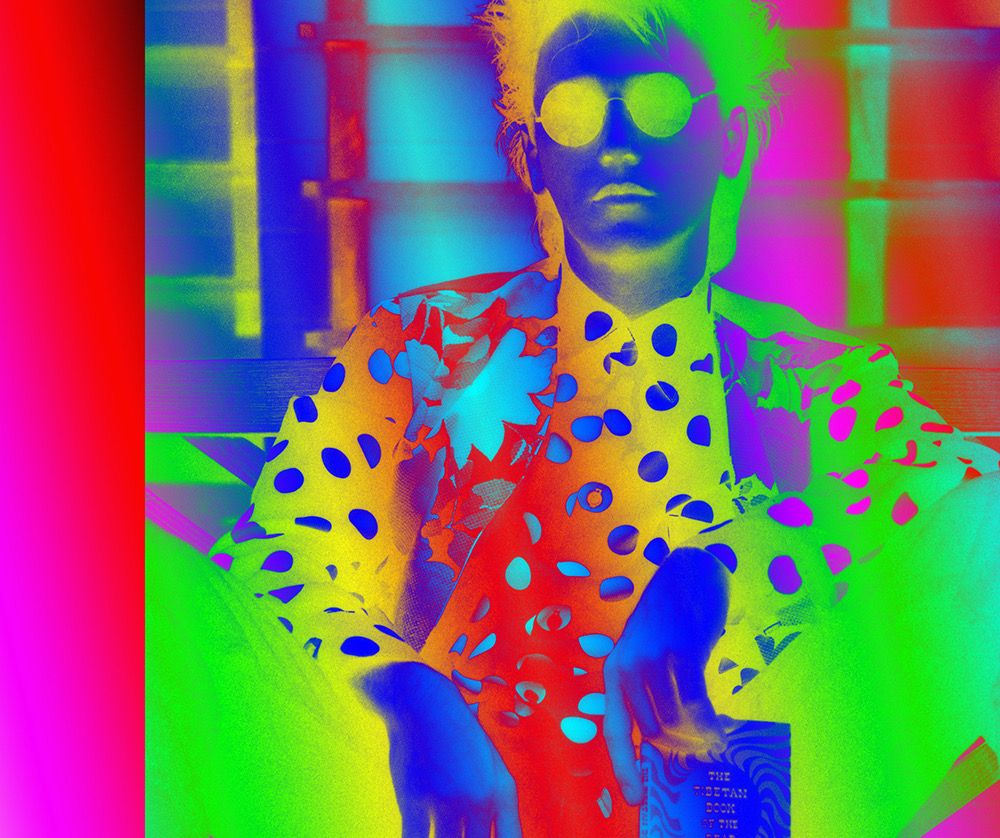